The Austrian Alpine resort of Kitzbühel is preparing to host the seventh edition of the Kitzbühel Music Festival, 16-17 August 2019. The popular show, which is one of several major cultural events scheduled for the historic town this summer, will take place in the town’s Open Air Stadium, with the majestic Wilder Kaiser, magnificent Kitzbüheler Horn and the legendary Hahnenkamm forming the spectacular backdrop to the eclectic line-up of musical performances.

This year’s headline act is the multi-award-winning Austrian singer Andreas Gabalier, who will be joined by his band on the Saturday night when he closes the People’s Rock ‘n’ Roll’ day. The folk artist, who has enjoyed huge success in Austria, Germany and Switzerland, and has five number one albums under his belt, will be accompanied by dozens more Austrian and international acts during the weekend, across a range of genres including pop, rock and traditional music.

For British holidaymakers, the growing trend of experiencing live events overseas is showing no let up, with the Kitzbühel Music Festival drawing interest from not only music lovers, but also from UK travellers wanting to escape to the mountains this summer. 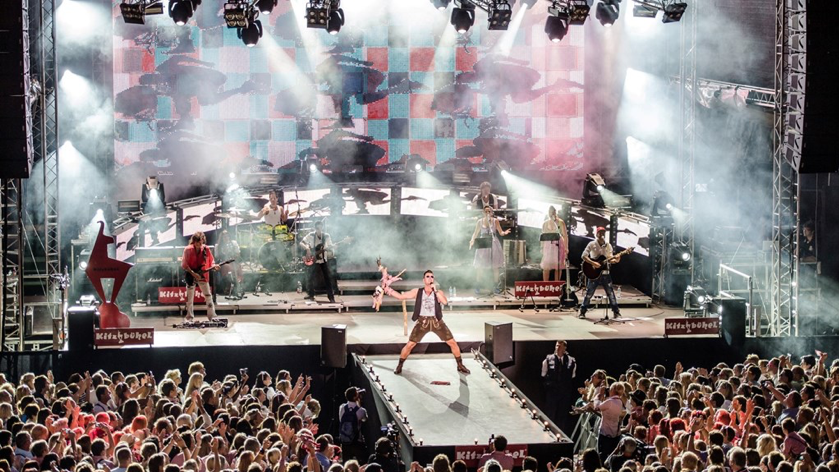 Kitzbühel is set the heart of the Austrian Alps and is easily accessible from Innsbruck, Salzburg and Munich airports. Benefiting from direct flights from London, Birmingham, Edinburgh, Cardiff and Manchester, the town is the perfect base of UK holidaymakers wanting to get active in the Alps and for those wanting to explore the entire region this summer. Situated at an altitude of between 800 – 2,000m, Kitzbühel has a rich history dating back to the 12th Century and enjoys stunning mountain views and a traditional Austrian feel with boutique hotels, independent shops and period architecture.

Although Kitzbühel is less travelled by British holidaymakers outside of the ski season, it has just as much to offer in the summer and autumn with 1,200 km of marked biking trails and more than 1,000 km of hiking trails set against the spectacular Alpine scenery. Some walkers take slow paced strolls alongside picturesque lakes and streams, while others opt for more challenging hikes, like taking on the glacial peaks of the Hohe Tauern, or ascending the imposing Grossglockner, one of the tallest mountains in the region. In addition, holidaymakers can choose from a range of running, canyoning and wild swimming excursions or an array of more transformative experiences, like guided alpaca hiking tours or walking down the famous Hahnenkamm ski-racing course. 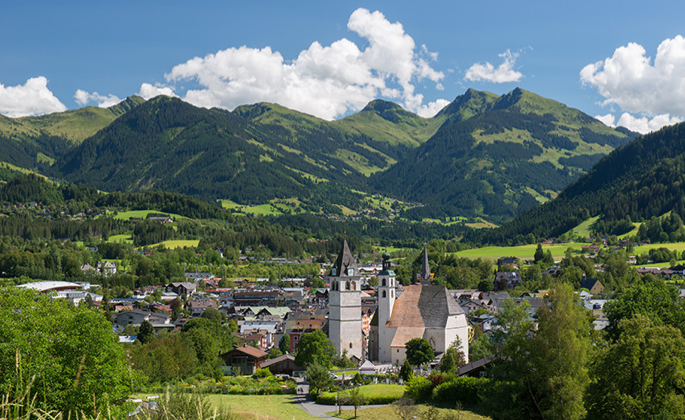 Kitzbühel is perhaps best known for being the leading centre of sports and recreation in the Alps, boasting world class tennis, MTB and archery facilities. The resort is also a must for golf lovers, with four top courses within Kitzbühel and a further 26 courses within an hour and a half’s drive. What’s more, thrill-seekers are spoilt for choice in Kitzbühel, with the town making a great base for anyone wanting to take advantage of the region’s e-biking, paragliding and white-water rafting offerings.

During the summer, the attractive medieval centre of Kitzbühel is a hive of activity, with all the town’s shops, impressive hotels and eclectic galleries remaining open throughout the season. Visitors can choose from more 70 eateries, with a range of high-end and affordable dining options, spanning a range of cuisine types including Asian, Italian and of course traditional Austrian fair, all served with warn Tirolean hospitality.